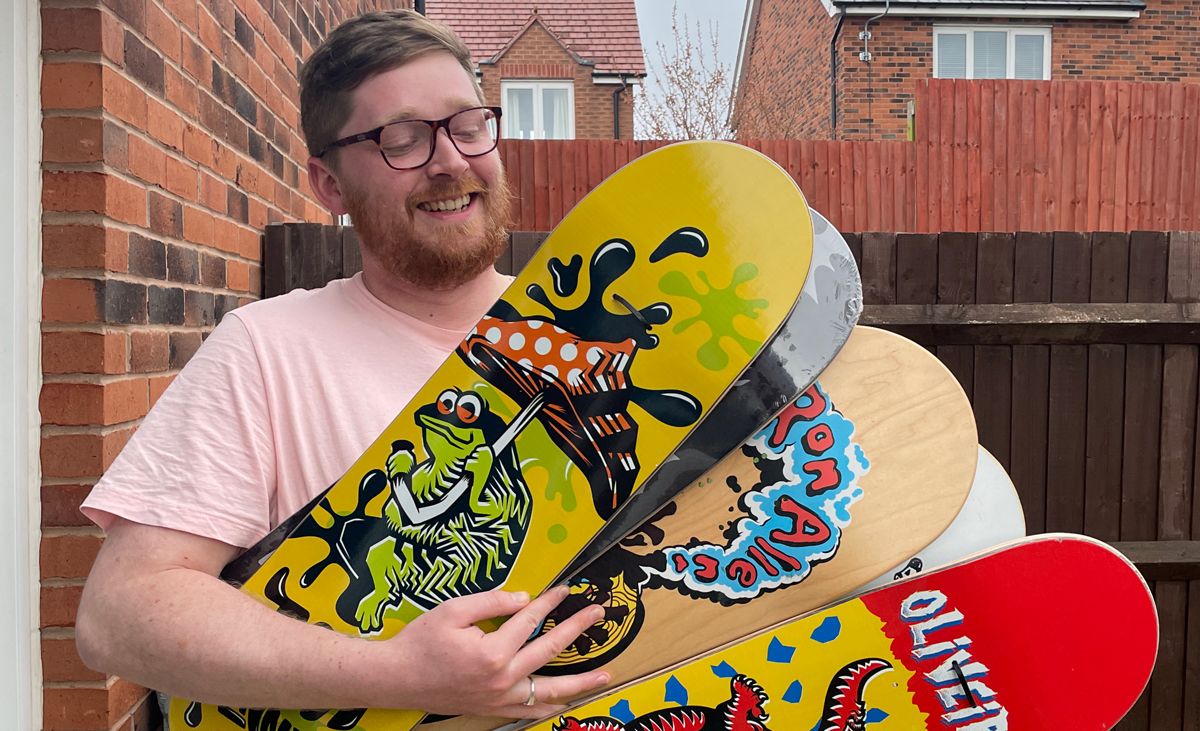 Both the man behind Flip’s graphics and a worthy successor to the legendary Marc McKee and Sean Cliver, Josh Jameson brings a new wave of old school. Indeed, the English artist illustrates cartoon graphics, naive and controversial, that we liked to see in the 80s and 90s but in a different way. He is not content to copy. He has ingested this universe and vomits it elegantly and in his own way, just for our eyes!

Hello Joshua, so glad you accepted the invitation! First of all, can you tell us a bit more about yourself ?

Hey Romain, thanks so much for having me. I feel like you’ve made a mistake and there should be a real artist in here haha. If you haven’t though, my name is Joshua Pereira-Jameson, I currently live in Derbyshire, England. I’m 32, I’m obsessed with cooking, I work in marketing/design during the day, and during the night I get to draw skateboards. It’s like I live 2 lives, like a shit batman.

How did you get into doing graphics for skateboard brands?

Errm, it was something I’ve always wanted to do and after failing uni and a few shit jobs I just threw myself into, offering free designs, annoying people until they noticed me, constantly posting stuff on instagram, sending emails to companies etc.

After maybe a year of drawing logos and illustrating different things for people (which was and still is fun btw), I think I got my first little board commission. After spamming different UK Facebook skate groups I think my very first was for Dan Pearce who runs his own screen printing-board-making-t-shirt flinging company, thanks Dan. It’s crazy how small the UK skateboarding scene is (or feels) when everyone’s just in Facebook groups talking shit and arguing with each other all the time. The board was a 2 colours screened thing, had an illustration of the grim reaper running some scooter kids over. I’ve still got it somewhere in the house.

Today, you have produced about how many of them? Is there one you are particularly proud of ?

I’d say I’ve designed maybe 30-35 boards so far. And my favourite is the Flip Lucas Rabelo Astro Boy board, the proper ones have foil where the grey is, I never got a foil one but I’m sure I could ask nicely and get one sent over.

There’s a kind of time lapse of some of the design of that one on my insta. Need to do more of that stuff. The SCUK Ron Allen board is probably my second favourite, it’s nice and simple, with the wood coming through, Ron is such a nice guy and SCUK always give me decent briefs with proper famous older skaters. If I’m allowed to say older haha.

I sometimes find a bit of Sean Cliver in your boards, is it an influence for you ? Can you give us some names of artists/illustrators who inspire you at the moment ?

Sean Cliver and Marc McKee are just the gods of skateboard illustration. Nearly 100% of the time I’ll have a Cliver or McKee design on the pasteboard in the background so I can get any inspiration I can from their art.

Those 2 and Polar Skate Co’s Jacob Ovgren are the ones I’m obsessed with. Other than that I love Robert Crumbs work, any old dark batman comic book is guaranteed to having amazing art and composition is there. Anything with too much shadow seems to do it for me. I have a terrible memory so I can’t really name anyone else unfortunately.

How do you define your graphic style ? Do you see it evolving ?

I quite like disguising horrible scenes or topics in bright friendly colours. Might be a bit cheap but I like it. Lots of shadow, bright colours, maybe a bit of violence. And I’m definitely caring a lot less about things looking accurate in my old age. I used to trace stuff or spend ages adding pointless amounts of detail.

I just don’t think it matters anymore. I prefer looser designs or drawing now. They have more feeling to them. So I’m just getting a bit lazier and more comfortable and companies/clients seem to much prefer that to the over designed, perfectionist stuff. I think it was just a natural thing trying to be really good and then just letting things happen. It’s still important to have things look accurate and how you want them too but I think looser and natural is better.

So original ideas on paper, scan or photograph it,
then the digital stuff after.

Does drawing on paper still play a role in your life ?

Yeah, pretty much every board design starts as some disgusting messy blob on paper. Nothing can really replace getting the original shapes and ideas on paper. I’m a massive fan of drawing in biro too.

I don’t go as far as some of the proper illustrators who draw in pencil and then do the black work, and then scan in. I bet it’s amazing having the original drawing like that but I find wacom and photoshop much better for all that. So original ideas on paper, scan or photograph it, then the digital stuff after. For me anyway, saves a shit load of time too.

Many of the latest Flip designs are by you. What is your relationship with the brand? Do you play a role in the art direction?

Yeah I’ve been working with Flip for like 3 years I’d say. They found me from my designs with SCUK, I did a board for Wurzel and I think Wurzel showed Jeremy (One of the Flip owners), and then Jeremy contacted me through Etsy of all places. Probably the only thing I’ve ever done through Etsy too. He said he liked my style, and liked the simple stuff in particular.

We got on the phone like 2 days after, had a biig old chat and we’ve been working together ever since. Jeremy, Deacon and Steak are the nicest people out there. Flip is an amazing company and it still doesn’t feel real that I get to work with them all. As far as art direction goes it’s pretty much Jeremy and I bouncing ideas and sketches around until were happy with what we have.

Normally Jeremy will have a vibe he wants and lets me come up with stuff. It’s always a fun process and i’m super proud of everything we make. I also get to play an artworking role, setting up designs for print etc. I’ve recently done some animation work with them too which should be out on an upcoming Flip video.

Can you tell us how you work on a new board or series? Do you have a certain creative process?

I normally procrastinate for like a week, have nightmares about being a shit artist, feel constantly sick, chain smoke, stay up late writing ideas on my phone and then finally get infront of the computer and sketch book with headphones in and just gather lots of inspiration and just draw and sketch and play around and start actually enjoying what i should have been doing a week before. Thats generally how it goes everytime.

It’s exhausting haha, it always works out though and the end result is always way better than the weird stress you put yourself under drawing fucking skateboards.

I don’t remember an illustrator telling me: “When you start, you want to fill the whole board, not to leave any empty space, maybe because of a lack of confidence, and as you go along, you refine and let the drawing breathe”. What do you think about this?

I think completely filling a canvas isn’t really necessary, if you start the process thinking about that, you might be missing the point of​what’s needed. Unless that’s the brief. I’ve done boards completely filling the board and a lot of the time I thinks it looks messy and like all the hard work and point of the art is lost in the mess.

I’m way more into thinking about really basic shapes and focal points and the spaces around it and building something that isn’t flat. I haven’t always been like this though, I think that has come to me with time. Empty space is great.

I have the impression that you are part of the new generation of illustrators who will pay homage to the provocative and very cartoonish graphics of the 90s. Is it voluntary ? How do you see skateboard graphics evolving in the next years ?

I’m just fully into that style, I love big bold colourful stuff, I like art that you can see from a mile away. I love lowbrow, provocative, offensive art. I’m not trying to pay homage to anyone but i’m fully into that style. I don’t really like a lot of new boards that are taking themselves seriously. Looking like a deodorant can or something, nasty stuff.

And I honestly don’t have a clue where skateboard graphics are going, I wouldn’t even guess. There aren’t any rules so I could just do whatever it wants. There always seems to be about 20 different styles running throughout all the companies anyway so it’s most likely going to just run round in circles with little variations flinging off every now and then. I could be talking absolute rubbish though.

What are the projects you’re working on right now ?

I’ve got 3 new boards to get designed with my Danish guys Brodega Skateboards, i’ve got an SCUK board to get cracking on with, a new Flip series to get started on, a board for an American skate shop and Tons of little illustration jobs to get done. I’m clearly in the chain smoking, procrastinating stage right now. I just got married though so everyone can chill and let me have a week to myself haha.

And 8 last question in speed, do you prefer?

SHEET OF PAPER OR GRAPHIC TABLET: Tablet, couldn’t live without it.

WHAT BOOSTS YOU: Music.

WHAT SLOWS YOU DOWN: Being hungover.

FAVORITE TRICK: Nollie tre, I’ve done like one through.

YOUR DREAM: That one day they be able to do an operation that means I don’t have to wear suncream all the time. Sick of it.

Thanks a lot for all these answers ! One last thing to say ?

Just thank you for having me and thanks to everyone that has been so supportive and allowed to me to make artwork for them. It’s crazy how many opportunities have opened up and i’ve ticked off so many childhood dreams just by working with all these awesome people.

I’m trying to think of something cool to say but I have nothing… be nice to animals, don’t be a dickhead 🙂

“Femmes du Vietnam” by Cresk for Spraying Board Vietnam 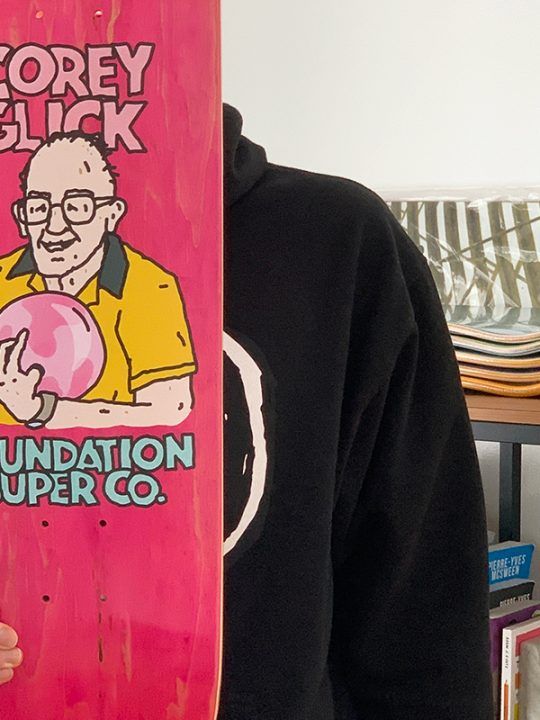 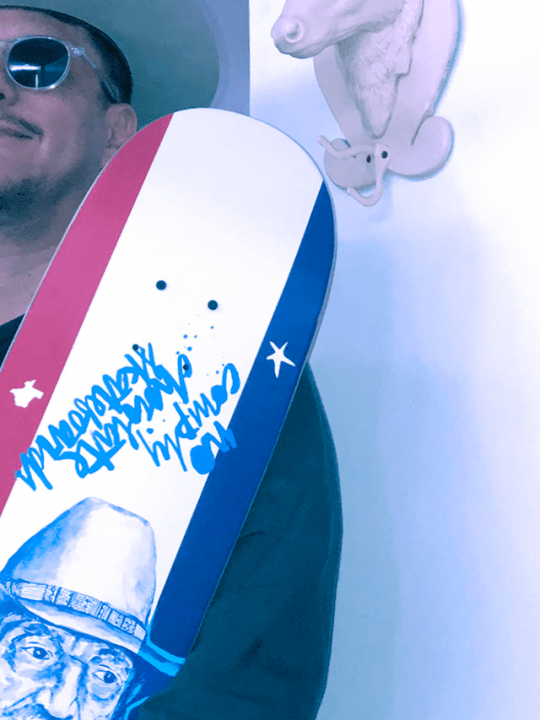 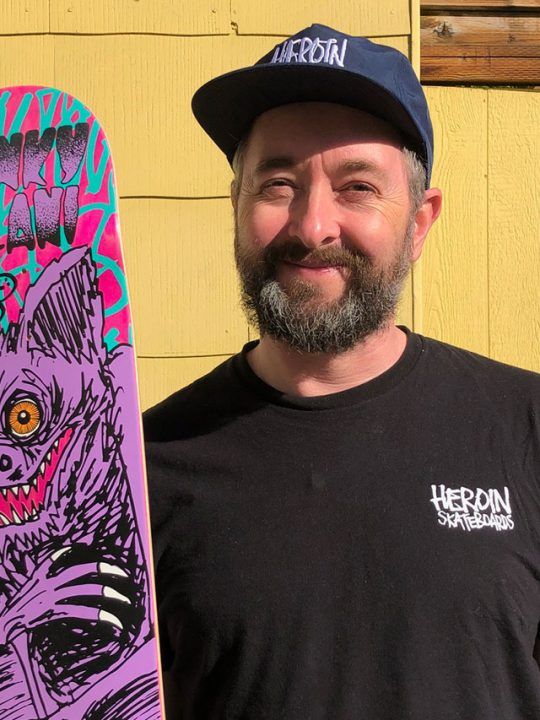 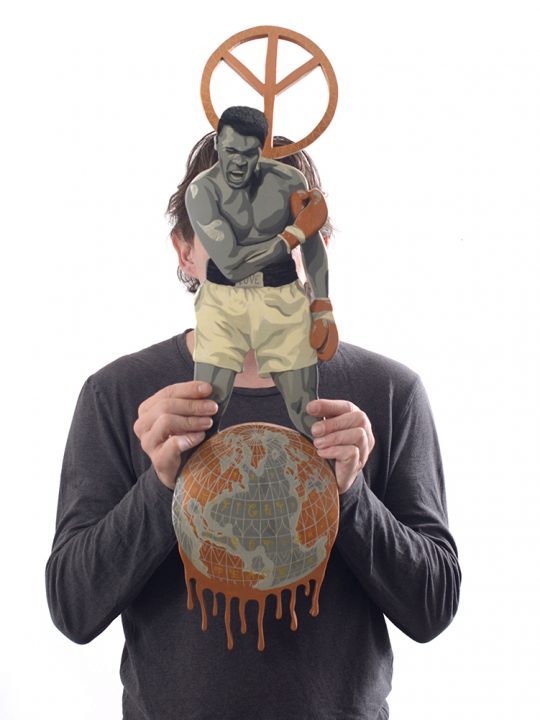 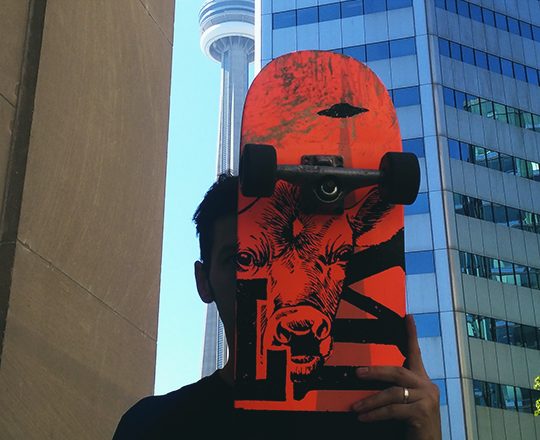 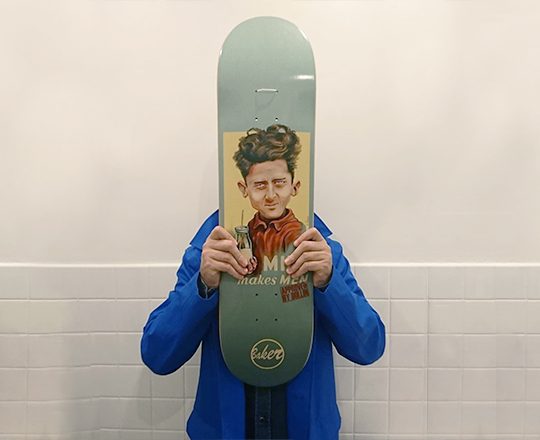 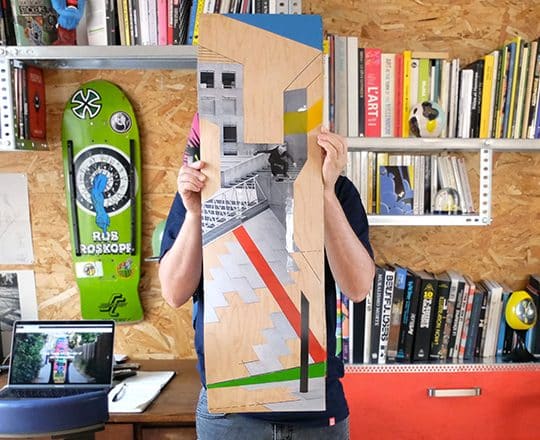 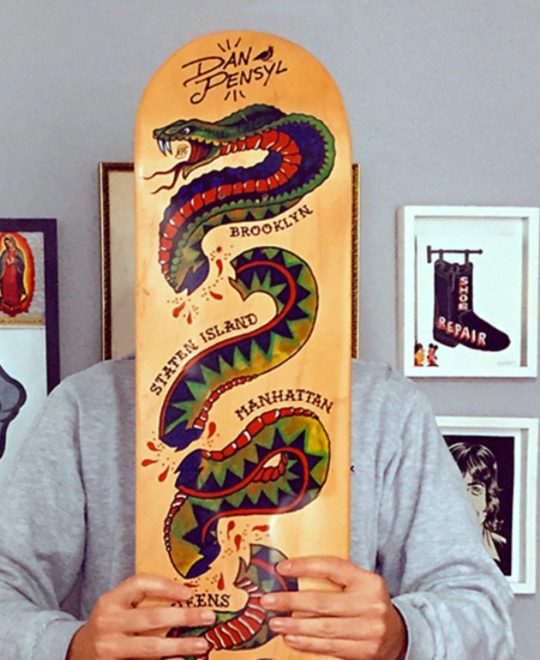 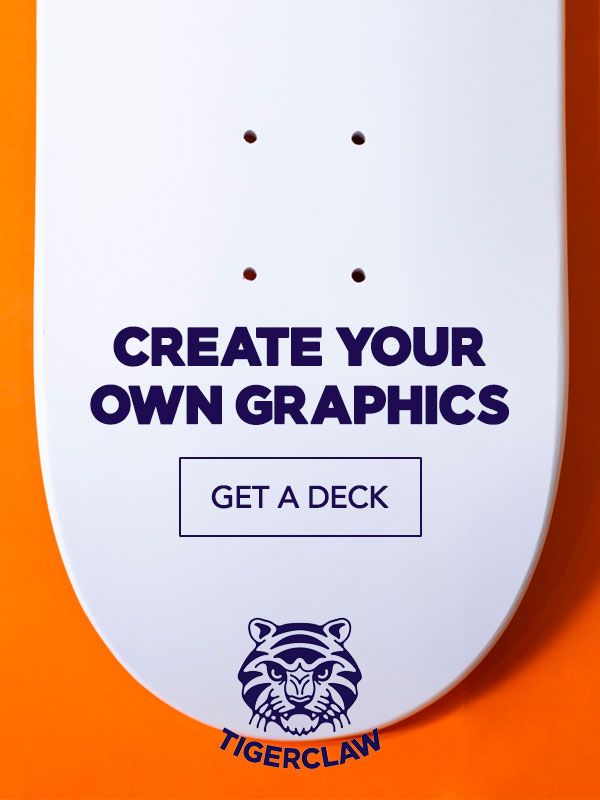 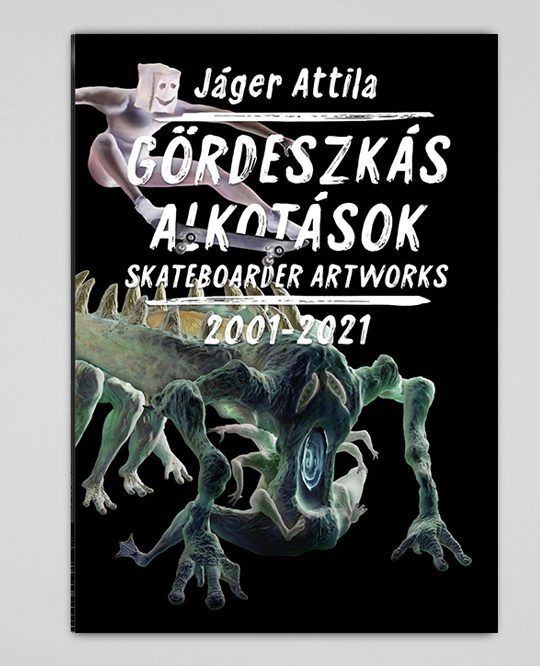 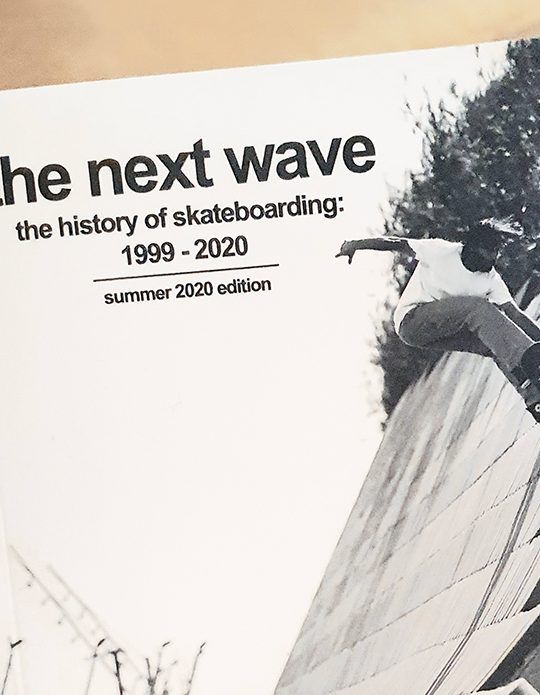 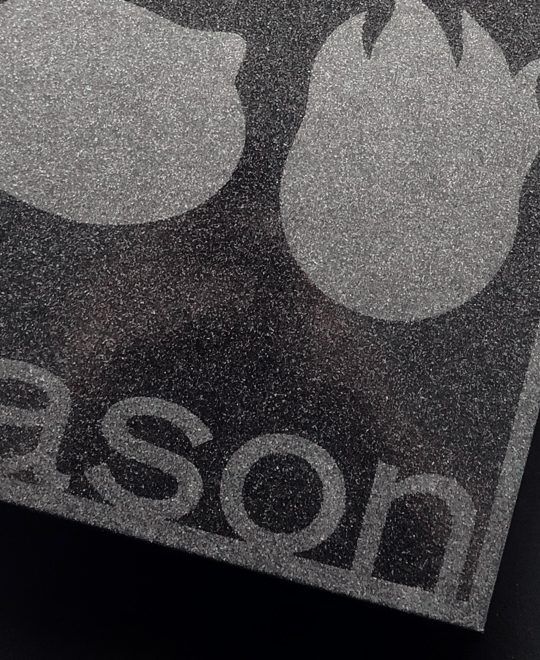 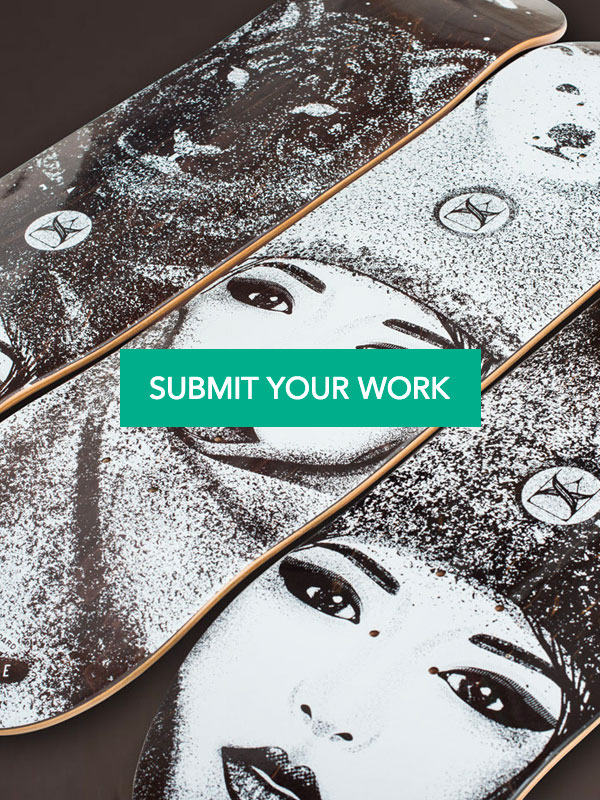 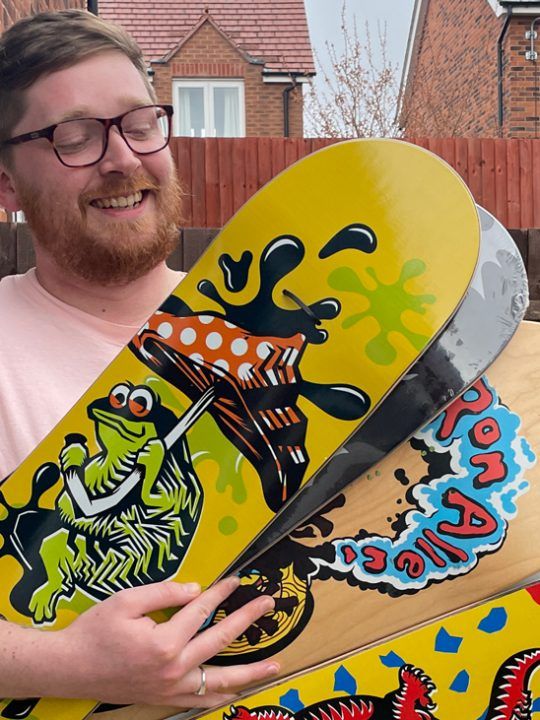